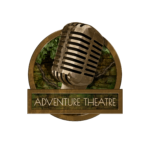 Welcome to the debut episode of our historical Steampunk adventure, The Omega Contingent!

The year is 1871, and in this month’s episode, we meet Delbert McCormick, a man with a vendetta against the Ku Klux Klan. Delbert (“Del”) receives help from a very unlikely source, but can he trust him? Life and death are on the line, and he only has one shot to make the right choice.

Delbert discovers he is not alone. Find out who else is out there fighting the forces of darkness that threaten to plunge the world into chaos, and what Del discovers about them changes his life forever.

You can find out more about the historical context in which our story takes place by clicking on the links below. Nathan Forrest and the end of the first Ku Klux Klan

The primary original mission of the Klan was to counter with force the terror tactics being used by groups in Tennessee such as the Union League which were directed by Unionist Tennesseans against former Confederates and secessionist Tennesseans under the blanket abuses of state Reconstructionist governments. In addition to aiding Confederate widows and orphans of the war, some members of the new group began to use force to prevent blacks from voting and to resist Reconstruction.

In 1869, Forrest, disagreeing with its increasingly violent tactics and specifically disagreeing with violent acts against Blacks, ordered the Klan to disband, stating that it was “being perverted from its original honorable and patriotic purposes, becoming injurious instead of subservient to the public peace.” Many of its groups in other parts of the country ignored the order and continued to function, though several have concluded that Forrest did give the order and resign his post at this time.

The Hayden Mission to Yellowstone

While en route to the Yellowstone region, Hayden received a letter from his scientific mentor at the Smithsonian Institution, Spencer Baird, confirming the wisdom of the plan under which the field work was being conducted. He wrote: “I think your plan of operations is good, and you will make more capital and accomplish more for science by concentrating effort upon some one region like the Yellow Stone, than by attempting to traverse an immense section of country.”

When U.S. Geologist Ferdinand V. Hayden walked into Jackson’s studio in July 1870 in search of a photographer to join his expedition to survey as much of Wyoming Territory as he could in one season, the two men quickly closed the deal. Fortunately, Jackson could leave his studio in the capable hands of his wife, Mollie Greer Jackson, who had been helping him run the business after the departure of Ed and Fred in fall 1869.

The actual formation of the park was the work of many men, including William H. Clagett, a territorial delegate to Congress who introduced a bill into the House of Representatives in December 1871. Clagett and others lobbied hard for the creation of the park. F.V. Hayden, the famous surveyor who had explored Yellowstone as well, arranged for a display of geological specimens in the Capitol, along with some photographs taken by the remarkable William H. Jackson and sketches by the famous artist Thomas Moran.

On March 1, 1872, after much hard work by many people, President Ulysses Grant signed S. 392 into law, creating the nation’s first national park.

The wonder of history is learning about what happens between the events.

We hope you enjoy this week’s episode.